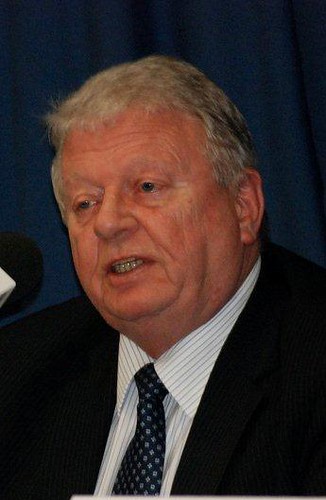 The latest footpaths to be overhauled in Surrey County Council’s Pavement Horizon project have been unveiled.

The authority has released dates when work is set to begin on resurfacing more than three-and-a-half miles of pavements as part of the scheme to improve access to schools, doctors’ surgeries and town centres.

Nearly three-quarters of a mile more has already been pencilled in for September – the start dates are being firmed up – and details of further work will be revealed in the coming months.

It follows the news that enough footpaths were already being given the Pavement Horizon treatment to cover the Euro 2016 final football pitch nearly 90 times.

The scheme, which will last up to six years, will see more than 200 miles of pavements overhauled across Surrey.

Surrey County Council Cabinet Member for Highways John Furey (pictured) said: “While rising demand for services like adult social care is heaping pressure on our finances, we’re also committed to doing the things that make a difference to the day to day lives of Surrey residents.

“This scheme is very much part of that so it’s great to see that from Ashford to Reigate and Staines to Leatherhead we’re striding forward with improvements to pavements worn by feet, time and weather.”

Below is a map showing the latest footpaths being covered by Pavement Horizon, with provisional start dates. Feel free to embed it.