Roofer jailed for conning elderly couple with £7,200 repairs bill after failing to use scaffolding 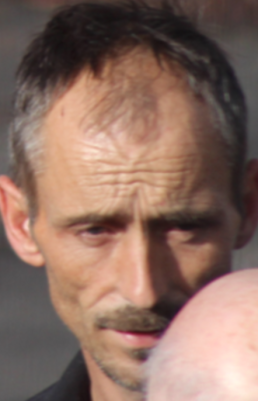 A roofing boss has been jailed for two-and-a-half years after failing to use scaffolding at a Surrey home and charging the elderly residents £7,200 for repairs when a worker fell through the roof.

John Thompson (pictured right), 43, left a gaping hole in the couple’s roof when he sent a labourer up without providing scaffolding, leading to the man falling into the loft below.

Far from repairing the damage for free, Thompson, trading as Thompson Roofing and Guttering, told the couple the structure of their roof was to blame, claiming that battens and timbers were rotten and spaced too far apart.

He charged the couple £7,200 for repairs to their roof but neighbours grew concerned and alerted Buckinghamshire and Surrey Trading Standards. Officers notified the Health and Safety Executive, leading to a joint prosecution.

At Guildford Crown Court last year, Thompson, of Young Street, Fetcham, pleaded guilty to fraud, engaging in a misleading commercial practice and breaching Regulation 6(3) of the Work at Height Regulations 2005.

He went back to court on 9 January and was jailed for 15 months for fraud and a further 15 months for unsafe working at height. An additional eight-month jail sentence for engaging in a misleading practice will run concurrently.

Denise Turner-Stewart, Surrey County Council’s Cabinet Member for Community Safety, Fire and Resilience, said: “Rogue traders callously prey on the most vulnerable in our society and our trading standards officers work hard to bring them to justice and keep our communities safe. I would like to thank the neighbours of this couple for their vigilance and for alerting us to their concerns.”

Stephen Green, an inspector for the Health and Safety Executive, said: “Falls from height remain one of the most common causes of work related fatalities in his country and the risks associated with working at height are well known.” 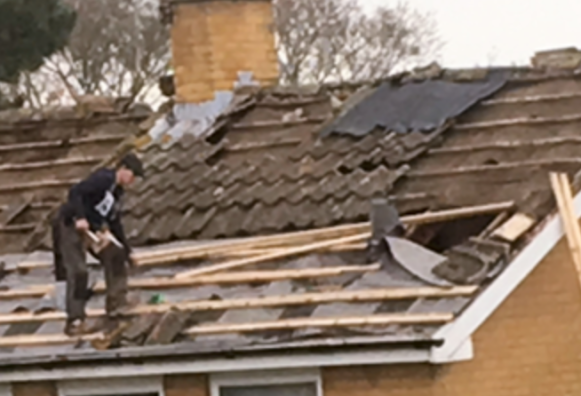 Thompson cold-called the couple, who are in poor health, with one suffering from dementia, at their home near Leatherhead in March 2017 after doing some work on a property nearby and offered to repair a section of guttering for £40, which was agreed. He then told them he needed to investigate the state of the roof but failed to put up scaffolding, leading to one of his labourers falling through the roof causing significant damage.

When Thompson billed the couple for roof repairs, he included scaffolding in the cost despite failing to provide it.

The HSE’s investigation found that several people were at risk from the works being done because no measures had been put in place to prevent workers from falling. The consequences of any fall could have been serious, if not fatal.

An independent expert who examined the roof on behalf of trading standards found the hole made in it was solely down to Thompson’s actions and not any weakness or defect in the structure. The expert was also critical of the standard of repair work carried out.

Trading standards officers are now investigating to see if any proceeds of crime can be recovered for the victims.