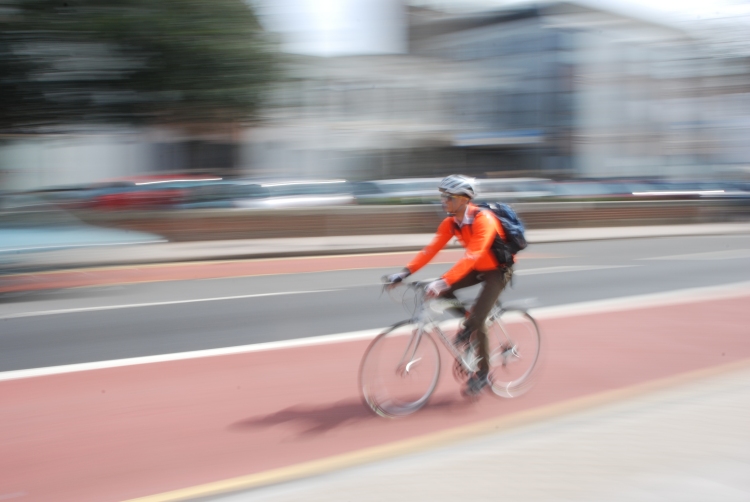 Pedal power is gaining popularity in Surrey as new figures reveal the percentage of people cycling on a monthly basis has increased.

Department for Transport stats have shown that 20% of Surrey folk ride a bike at least once a month – busting the national average of
15%.

Elmbridge boasts the highest percentage of people using pedal power on a monthly basis (24%), closely followed by Guildford and Woking (23%) and Mole Valley and Waverley (22%).

In a bid to encourage more people to ride a bike, Surrey County Council is offering organisations in the Woking, Guildford, Redhill and Reigate areas the chance to bid for funds to install cycle parking. The council is also offering to match fund bids for showers and lockers as part of its Travel Smart Cycle Improvement Fund.

John Furey, Surrey County Council’s Cabinet Member for Transport and Environment, said: “We’re dedicated to encouraging more people to cycle by making it safer and easier to use a bike. As well as the health benefits, cycling can also help boost the economy by taking cars off the road and reducing the congestion and delays that cost businesses money.

“Research has shown that more people would likely ride to work if they knew there would be somewhere safe to leave their bike, so offering shower and changing facilities acts as an incentive for people to take to two wheels.”

The council has already helped Royal Surrey County Hospital install new cycle parking, along with local businesses and schools.
The Department for Transport figures below show the percentage of adults who cycled at least once a month in Surrey during 2011/12.

To further encourage more people to cycle and to increase safety, the council recently announced plans to build two new segregated cycle paths in the Leatherhead and Walton areas, following a successful funding bid to the Department for Transport.

You can find out more about Surrey County Council’s Cycle Improvement Fund and the Travel Smart project by visiting www.surreycc.gov.uk/travelsmart.