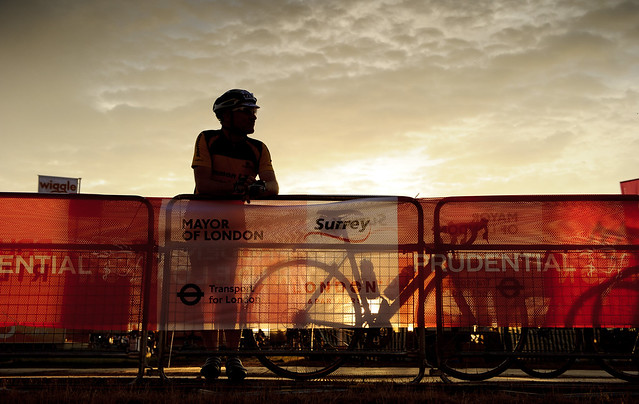 Feedback from Surrey County Council and residents has helped organisers of this summer’s major cycling festival to re-open roads along the route up to three hours earlier.

Approximately half of the roads in Surrey will open up to three hours earlier than last year due to the rolling road closures that will be introduced between Hampton Court and Forest Green after the riders in the mass-participation event have crossed Hampton Court Bridge.

In addition, there is an increased public information programme underway. The event organisers, will carry out two leaflet drops – one in May and the second in July – to residents and businesses along or near the route and hold six drop-in sessions at different locations in the county where residents and businesses will be provided with personal advice on access issues. LSCP will also continue the briefings to local councillors which began in September 2013.

The 2014 route for the Prudential RideLondon-Surrey 100, the mass participation event, is similar to last year’s, starting in London and into Surrey via Kingston, through Weybridge and Ripley, through the Surrey Hills and back to central London via Leatherhead, Oxshott and Esher.

Key changes for the Prudential RideLondon-Surrey Classic – the professional men’s race – include:

Last year, tens of thousands of spectators lined Surrey’s streets to cheer on both elite and amateur riders, and the event raised millions for charity and for the Surrey economy.

Helyn Clack, Surrey County Council’s Cabinet Member for Community Services, said: “We’re pleased the event organisers have been able to incorporate our suggestions into the improved delivery of the event and done even more to limit disruption to residents and businesses well ahead of this year’s events.

“If last year is anything to go by, this year’s Prudential RideLondon-Surrey Classic and 100 events will be a shot in the arm for local shops, cafes and pubs along the route, and the loop around Dorking is an exciting new feature.”