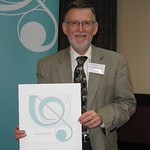 Surrey Performing Arts Library has won a national award for excellence for a third time.

It was handed the accolade by the UK branch of the International Association of Music Libraries (IAML).

The association presents the excellence awards every two years and Surrey’s arts library, which is run by the county council, was also recognised in 2012 and 2010.

A full press release can be found on the IAML website.