Pledge signed to work for better Thames defences to protect 15,000 homes and businesses 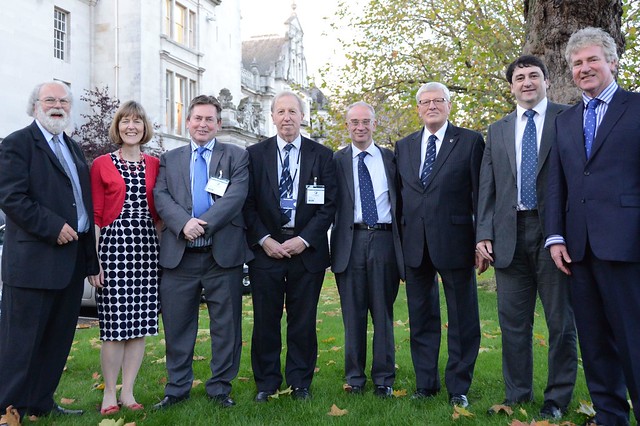 Seven councils whose residents and businesses were affected by floods have signed a pledge to press for a £300 million river defence scheme from the government.

Surrey, Richmond, Windsor and Maidenhead, Kingston, Elmbridge, Spelthorne and Runnymede councils signed the agreement alongside Thames Water, the Regional Flood and Coastal Committee and the Environment Agency to push for the River Thames Scheme.

The signing at Surrey’s County Hall cemented their commitment to reduce the flood risk for more than 15,000 households and firms in the Lower River Thames region through the scheme, which would involve building a flood channel and improving three weirs. Infrastructure, including access to the M25, rail links and power supplies, would also be protected.

Chancellor George Osborne is expected to make an announcement about flood defence funding in the Autumn Statement on 3 December, after which the councils will draw up plans to work with other agencies, local enterprise partnerships and the business community to seek to close any funding gap.

In addition, the local authorities will seek to work with the Environment Agency to explore the possibility of the scheme being dealt with via the fast-track system for decision-making on projects of national significance.

If that is not possible, Surrey County Council proposes to look at how it can be taken forward as quickly as possible through the planning system, ideally avoiding the need for separate applications in each borough.

Surrey leader David Hodge, who chaired the signing meeting, said: “We’re all determined to protect our residents and local economy from floods and this signals our commitment to develop this vital scheme and secure the Government support to make it happen.

“Our priority is to identify the fastest sound planning route for a scheme of national importance so we can ensure the many thousands of homes and businesses along the Thames between Datchet and Teddington are given greater protection.”