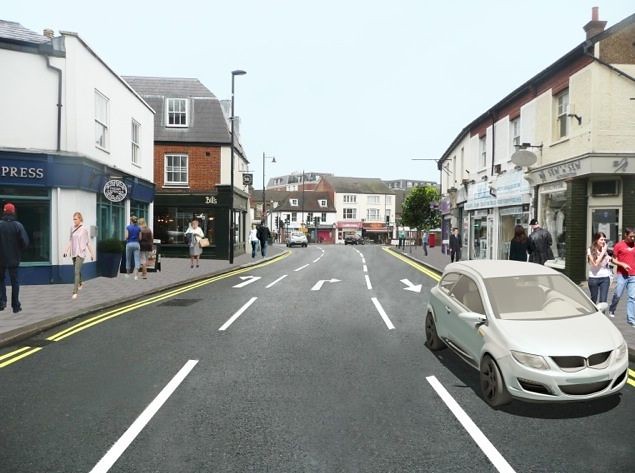 The first artist’s impression has been published of a planned £3.3 million revamp of Epsom town centre to cut congestion and boost economic growth.

Surrey County Council has released an image of how opening part of the town’s one-way system to two-way traffic could look together with a map showing other improvement work.

It is estimated that this will mean journey times through Epsom will drop by up to 20% on average with around two minutes being cut.

The images will go on display to the public along with further pictures and maps of the new town centre road layout on 18, 19 and 21 March at the Ebbisham Centre, Epsom.

People will also have the chance to discuss the plans to improve traffic flow and safety with experts from Surrey and Epsom councils. They will also be able to find out about measures to promote walking by improving pedestrian safety.

The planned improvements come after a two-way system was introduced last month in Redhill as part of a £4m project to make major town centre improvements.

Surrey County Council Cabinet Member for Highways and Transport John Furey said: “These plans are good news for residents and businesses and are part of our Surrey-wide drive to support the local economy by tackling congestion.

“We’ll be improving roads and making it quicker and easier for people to move around, which stimulates economic growth and paves the way for regeneration.”

Money is being provided by the county council and Epsom Borough Council and they are waiting on approval of further funding from the Coast to Capital local enterprise partnership. 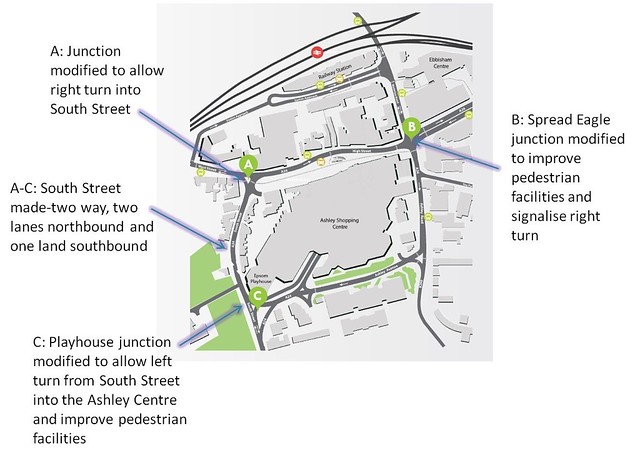 Like Loading...
« Most Surrey pupils offered a secondary school of their choice
Flag raised to mark Commonwealth Day »