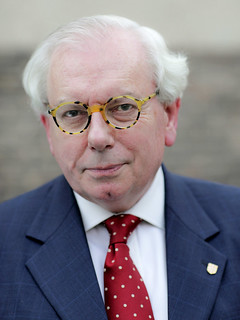 Historian David Starkey, who presented a BBC documentary about Magna Carta, will give a talk in Surrey to mark the 800th anniversary of the charter’s sealing in the county.

Dr Starkey has been lined up by Surrey County Council to speak at Guildford Cathedral about the influence the historic document has on modern-day Britain.

Sealed by King John at Runnymede in 1215, Magna Carta is considered one of the first steps towards modern democracy.

In January, BBC2 screened ‘David Starkey’s Magna Carta’ as part of its Taking Liberties series about the history of the manuscript.

The historian’s talk on Wednesday 22 April (7.45pm) will come around the same time as his new book ‘Magna Carta’ is published to mark the 15 June anniversary, which is expected to attract worldwide attention.

Helyn Clack, Surrey County Council’s Cabinet Member for Community Services, said: “The 800th anniversary will be an occasion of immense local, national and international importance so it is fitting that such a distinguished historian as David Starkey will help us start our celebrations.

“The TV programme he presented made for compelling viewing so I’m sure that his talk in the county that gave Magna Carta to the world will be equally fascinating and I have no doubt that it will whet the appetite for the celebrations that follow.”