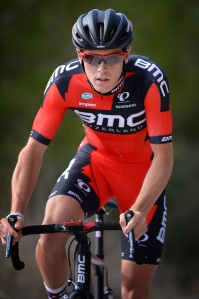 He is the latest big name confirmed for the Prudential RideLondon-Surrey Classic on Sunday 2 August. Last month Sir Bradley Wiggins announced he will race with his newly-formed WIGGINS team.

The news came on the same day that organisers said they have started delivering leaflets to businesses and residents on the routes of the Classic and the 100-mile mass participation events to help them prepare. For more details, visit RideLondon’s website.