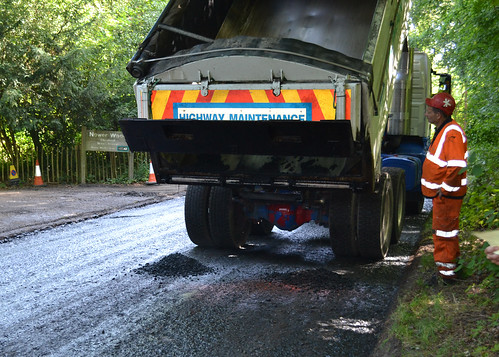 Surrey County Council has revealed the 819 pothole-proof roads that are due to be built over the next three years.

A total of 177 roads have been lined up to be reconstructed this financial year as part of the council’s Operation Horizon project.

Laid end to end with the 143 miles already resurfaced they would almost stretch from London to Manchester.

The other 642 roads in the £100 million initiative to overhaul more than 300 miles of road and grow the economy are set to be spread over the following two financial years.

Each road comes with a 10-year guarantee, meaning the contractor pays for any repairs during that period.

The first two years of the programme saw savings of £7 million through smarter ways of working – enough to resurface 25 miles of road for free.

However, Department for Transport funding for Surrey is still more than £40 million short of the £125m needed to maintain the county’s roads for the next five years.

“The results of our efforts to provide smoother roads can already be seen across the county – for example commuter routes like the A22 and A25 – but we still have a funding gap of more than £40 million over the next five years at a time when our budgets are under strain from rising adult social care and school place costs.”

A full list of the roads scheduled to be reconstructed is below.