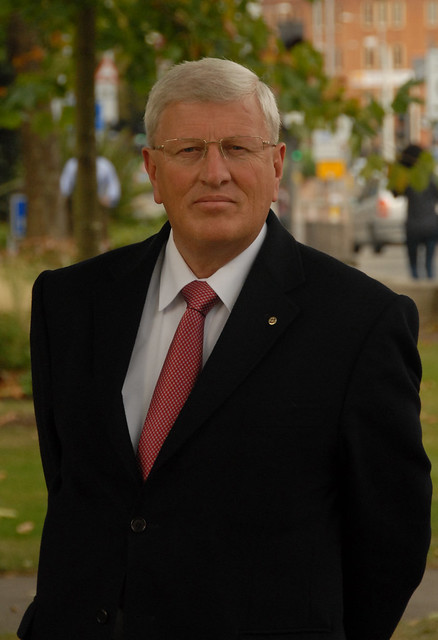 This week the authority unveiled a £3m fund for retail areas beyond the centres of large towns in Surrey or shopping streets in smaller ones.

Article that appeared in the MJ:

We’ve all run out of milk, needed new batteries or found ourselves without some other essentials for daily life.

And generally when that happens we take a trip to the nearest parade or head to the village centre. That’s because everyone values local shops and their convenience.

But they mean so much more than that. They have a place at the heart of the communities they serve – they really do go way beyond just retail.

Plenty of shoppers regard having a catch-up with a neighbour in the aisle of the convenience store as valuable.

A lot of people view spending in local shops as supporting employment and the economy in the places where they live.

And many see the benefit of village or neighbourhood stores for older people, particularly those who are less mobile.

It’s important that this integral role in daily life continues and that’s why I launched a £1 million fund to help spruce up areas around the greengrocers, newsagents, cafes and other stores.

We’ve made £250,000 available annually for traders, community groups or any other organisation interested in helping local shops make improvements.

They could be seeking between £5,000 and £30,000 to rebuild pavements, install benches or provide better lighting. Alternatively, they might want to add some litter bins or simply plant extra trees and shrubs to brighten up the area.

All of these examples – and a whole host of other projects– will no doubt be considered as part of an expanded Community Improvements Fund, which I created in 2011 with the aim of supporting residents’ efforts to enhance their local areas.

In a Dragons’ Den style, residents are asked to pitch their ideas. They must also take responsibility for putting forward a detailed business case showing exactly how the money will be spent and what the long term benefits will be.

It has been well received across Surrey as a really good way of bringing the county council and residents together as one team to make a real difference in people’s lives.

There have been so many great examples – from a youth cafe in Leatherhead to an outdoor gym at Stoneleigh and from a skate park near Puttenham to an indoor swimming pool in Dorking.

Indeed, a community-run shop at Strood Green was one of the first of the 112 projects to receive financial support.

It was given the maximum grant of £50,000 to help extend a community shop, which had already proved a valuable and much cherished part of its community. Some of the money was awarded to refurbish an upstairs flat to create a rental income that could be ploughed back into the shop.

Of course, some may question whether now is the right time to be providing these grants given that our budgets are under such strain from rising demand for services such as adult social care and school places.

Indeed by 2020 Surrey will have 20,000 more older people – growth costing around an extra £20m annually – and we face a funding shortfall running into tens of millions for the additional 11,000 school places we need to find over the next five years.

But it’s my firm belief that we must still do everything we possibly can to ensure our communities flourish – and there are many small things we can help with that make a big difference to people day in, day out.

Each project may not cost a lot – for example £30,000 to improve paving in front of stores or £25,000 towards a children’s play area – but they certainly make a lasting difference for residents who have told us they really matter to them.

That’s also why we’ve launched a scheme to rebuild more than 200 miles of pavements across Surrey to improve access to key community services and boost shopping areas.

While our Operation Horizon project to rebuild hundreds of roads has received plenty of positive feedback, people have also regularly been telling us that something needs to be done about footpaths.

It’s an everyday issue that is important to them so over the next five or six years we’ll tackle this in much the same way as we have laid new road surfaces that come with 10-year repairs guarantee.

But we’ll take it one step at a time. That means in the first year we’ll aim to rebuild up to 75 miles of pavements, with those in the worst condition being torn up and reconstructed from scratch.

In the following four or five years we’ll put local people at the heart of our plans by involving the local committees for Surrey’s 11 boroughs and districts to make sure we get them right.

Not only will this help mothers taking their children to school and older people visiting their doctor or hospital, it will also give shops a boost, including those we all pop to for a pint of milk, a chat with a neighbour or to pick up other essentials.