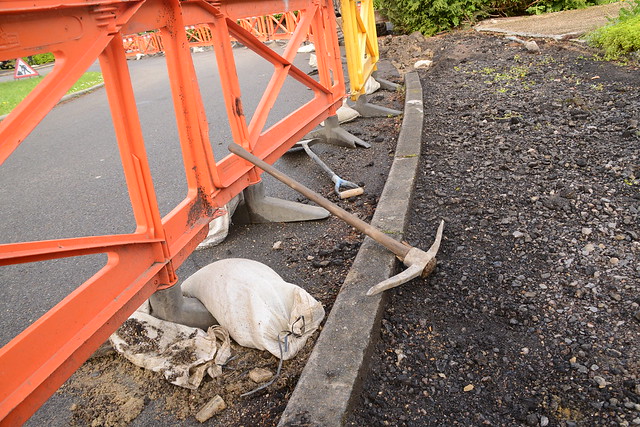 More footpaths are being given the Pavement Horizon treatment as part of a Surrey County Council scheme to help pedestrians use key community services.

The £20 million programme, which will last up to six years, will see more than 200 miles of pavements rebuilt.

It was launched last month at Brokes Crescent, Reigate, by the council’s Cabinet Member for Highways John Furey.

Work is under way to rebuild pavements at:

It is due to start soon at Hurstleigh Drive, Redhill, which is near a primary school, and Regalfield Close, Guildford.

Mr Furey said: “From Epsom to Weybridge and Merstham to Sunbury, we’re getting stuck into improving pavements near schools, close to doctors’ surgeries and approaching stations while we’ll also be overhauling those near busy shopping centres and hospitals.

“Over the next five or six years many more the length and breadth of Surrey will be rebuilt – covering around the distance between Guildford and Manchester – and local councillors will play a key role in helping to identify the pavements most in need of repairing.”