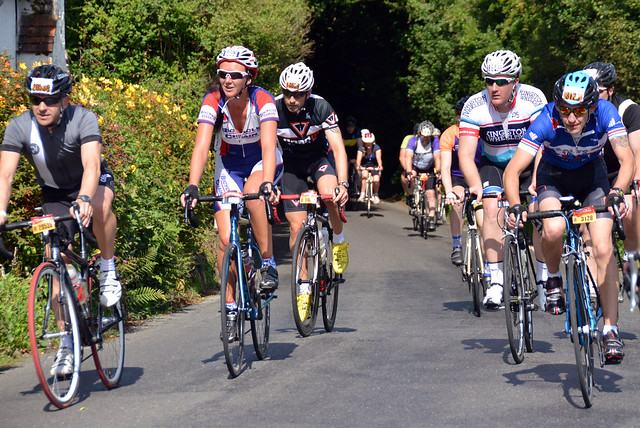 Three organisations have secured a total of nearly £245,000 thanks to Surrey’s role in the Prudential RideLondon cycling festival – taking the sum handed to groups and charities in the county since the first event to more than £2 million.

Cranleigh Riding for the Disabled Association Group received a grant of £150,000 towards improvements to the indoor riding school at Casi’s Farm and the expansion of a popular riding programme which benefits people with disabilities and additional needs.

Sunbury and Walton Sea Cadets were awarded a grant of £75,000 towards the development of a new training centre by the Thames in Elmbridge which will provide a larger, more accessible, flood-proof building.

And Mole Valley District Council was awarded £19,999 towards the refurbishment of a skate park in Kingston Road Recreation Ground, Leatherhead.

The grants were among the latest awarded by the London Marathon Charitable Trust, which gives out proceeds from the RideLondon cycling festival that started in 2013. Awards are made four times a year and details of how to apply are on the trust’s website.

Richard Walsh, Surrey County Council’s Cabinet Member for Localities and Community Wellbeing, said: “It’s fantastic to think that these generous grants will benefit these organisations for many years to come.

“More than 60 Surrey groups and projects have now secured over £2 million since the first event in 2013, underlining both RideLondon’s legacy for the county’s communities and the economic boost that hosting the event brings.”

Full details can be found in a press release on the trust’s website.

Like Loading...
« Surrey trader who laundered cash in driveway repair scam must pay back £15,000 to victims
Surrey Leader receives CBE from the Queen »