A Chinese restaurant firm has been fined for fire safety breaches after 25 people were found living in its former head office.

HJ Tenger Holdings Ltd was fined £7,500 and ordered to pay a further £9,980 in costs following a prosecution brought by Surrey Fire and Rescue Service.

When fire safety officers visited the office unit in Ashford, Surrey, they found that both floors had been divided into makeshift bedrooms and cooking areas using plasterboard. They found kitchen equipment including kettles and freezers as well as an electric fire being used to dry clothes.

There were no fire alarms or fire doors in the building – Thames House, on Ashford Road – and a key fire exit was blocked. The foot of a flight of stairs was being used to store items which would have burned easily in a fire. Investigators also found evidence that materials had been burned on a floor covered with wood chippings under a wooden work bench. 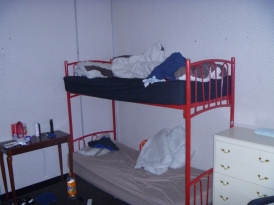 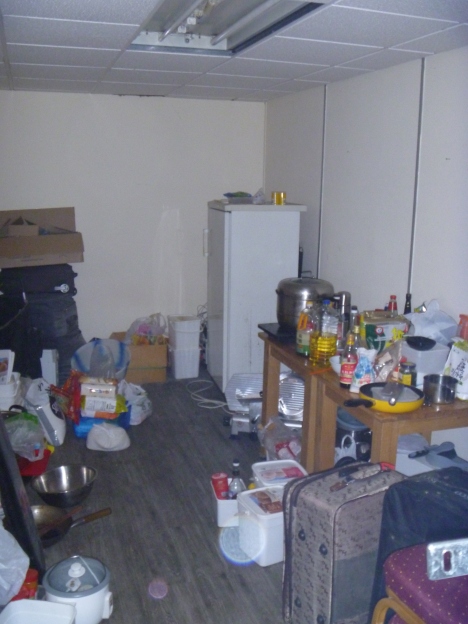 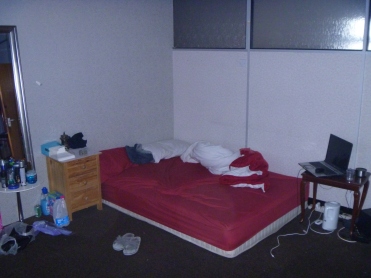 At Redhill Magistrates Court on Tuesday 28 February, HJ Tenger Holdings, through director Zudong Liu, pleaded guilty to three breaches of the Regulatory Reform (Fire Safety) Order 2005. These were for a failure to take general fire precautions, a failure to equip the premises with appropriate fire detection and a failure to ensure the routes to emergency exits and the exits themselves were kept clear.

Defending, Michael Parrott said the unit was disused and on the market at the time after the company, which owns and operates 27 buffet-style Chinese restaurants, moved its head office to Hammersmith, London.

He said Dr Liu had no knowledge that people were living in the building until eight weeks before the fire service discovered the safety breaches in September 2014. He said Dr Liu considered the occupants to be squatters. Mr Parrott told the court that the firm failed to take immediate legal action to remove them because the business was undergoing major changes but a fire service order banning sleeping at the unit was complied with straightaway. The building has since been sold on.

Anita Dullaert, chair of the bench, said: “These are serious offences and could have ended very badly, with the number of people who were living on the premises for which you were responsible, had there been a fire.”

Like Loading...
« MAP: Surrey school projects approved by council’s Cabinet
Surrey on track to save more than £150m from striking better deals »