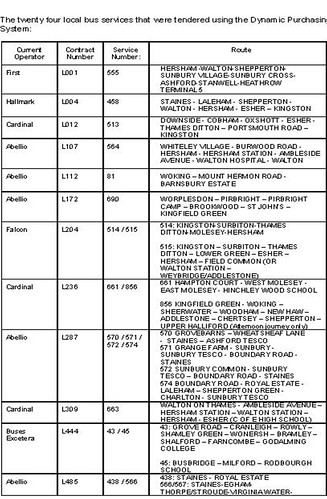 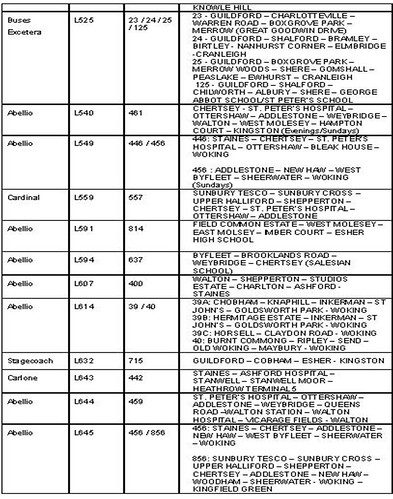 Plans have been unveiled by Surrey County Council to award contracts covering Abellio bus routes in a move that will improve services in some areas and save £700,000 annually.

A report being considered by Cabinet on Tuesday reveals that nine bus companies are set to cover 22 services Abellio currently run or previously operated in north Surrey and two separate routes in the Guildford area.

Abellio scaled back its Surrey business in December, although withdrawn services were covered by other operators. 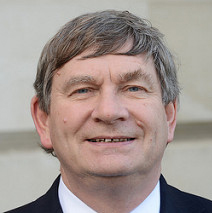 Planned improvements based on feedback from passengers include:

* Extending the 555 route to Whiteley Village

* Adding stops at Heathrow’s Terminal 4, Heathrow central and Hatton Cross on the 555 route

* Extending the 564 service to the Elmbridge Xcel Leisure Complex in Walton-on-Thames.

Surrey County Council Cabinet Member for Environment and Transport Mike Goodman said: “Not only do these plans mean we have maintained the services that people need but in some cases we have improved routes based on feedback from passengers while also saving £700,000 on the current deals at a time of unprecedented demand for our services.”

A full list of the proposed services, which would start on 2 September, can be found using this link. The bus companies set to run them are Hallmark Connections, Falcon Coaches, Stagecoach South, Cardinal Buses, Reptons Coaches, C E Jeatt and Son, London United Busways, Carlone Buses and Compass Travel.

Like Loading...
« Surrey announces plans to save up to £2 million-a-year from community recycling centres at a time of unprecedented financial pressure
Double-glazing firm ordered to pay £330,000 following conviction for using high-pressure sales tactics »