An exhibit from the inquest into the death of Private Sean Benton has been released.

Pte Benton died at Princess Royal Barracks, Deepcut, Surrey in June 1995. The High Court ruled in October 2016 that the inquest into his death held in July 1995 should be quashed and a fresh inquest ordered.

The image is a site diagram of the barracks at Deepcut in 1995. 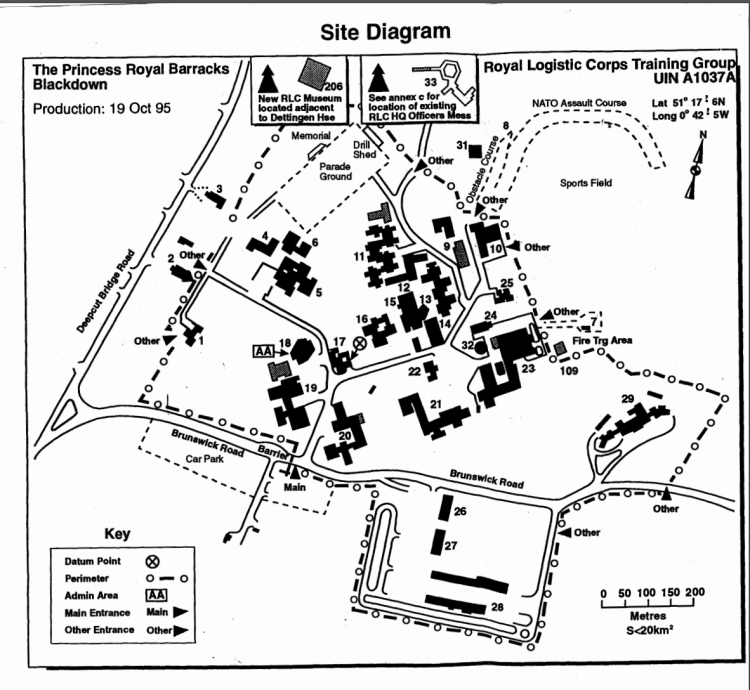