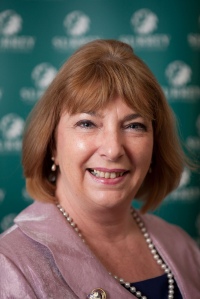 Olympic lottery scammers are impersonating the Church of England’s London 2012 chief in order to swindle personal details out of unsuspecting victims, sparking a warning from Surrey County Council Trading Standards.

In a bogus letter, emblazoned with an imitation London 2012 logo and Olympic rings, recipients are told they have won more than £500,000. It requests personal details which, if received, would likely be handed over to criminal gangs, often operating from abroad.

The letter is signed the Revd Canon Duncan Green who in reality is the Church of England’s Olympics co-ordinator, responsible for the Church’s response to London 2012, and who is also LOCOG’s* head of multi-faith chaplaincy services.

So far reports of similar phoney letters, titled ‘2012 Summer Olympic Lottery, have been made in Surrey, Nottinghamshire, Derbyshire and Merthyr Tydfil. Consumer experts fear crooks could be targeting people throughout the UK, leading to a warning from Surrey County Council Trading Standards.

Kay Hammond, Surrey County Council’s Cabinet Member for Community Safety, said: “Impersonating the Church of England and using the Olympics to swindle people out of money is beyond contempt. This is a scam and the best thing you can do if you receive such a letter is to throw it in the bin or shred it.

“All manner of criminals will be looking to use the Olympics as a chance to make money through various cons and swindles. Trust your instincts. If something sounds too good to be true, it probably is.”

Notes to editors
* LOCOG is London Organising Committee for the Olympic and Paralympic Games.

Like Loading...
« Plan for social workers to join GP surgeries
Take a tour of the new Woking library »