Jail sentence for serial rogue trader who made £100,000 out of Surrey residents

A serial rogue trader who fleeced vulnerable Surrey residents out of more than £100,000 by overcharging for shoddy building work has been jailed for three years. 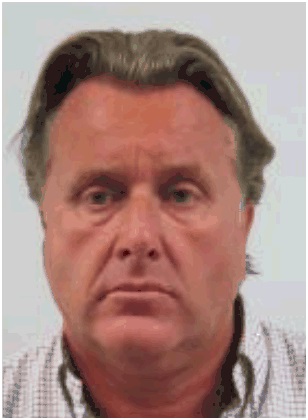 James Saunders, 51, charged extortionate sums for repairs to roofs and drains before he was stopped in his tracks by trading standards officers.

He preyed on elderly people, using untrue sob stories to gain their sympathy, and even drove some victims to the bank to ensure they withdrew funds.

Nine victims were conned out of funds totalling £104,000, including an 89-year-old war veteran who was cheated out of more than £42,000 making him overdrawn for the first time in his life.

Another victim, who passed away last year, suffered from severe arthritis, Alzheimer’s and eye problems and his wife had been treated for breast cancer.

He was sentenced at Guildford Crown Court on Friday 12 June following a prosecution brought by Buckinghamshire and Surrey Trading Standards*.

His former wife, Rachel Roberts, 48, of Lower Sandhurst Road, Finchampstead, Berkshire was jailed for 21 months. She had pleaded guilty at an earlier hearing to one count of laundering the proceeds of crime, amounting to £60,000, and had also been found guilty after a trial of two counts of theft relating to two BMW cars. 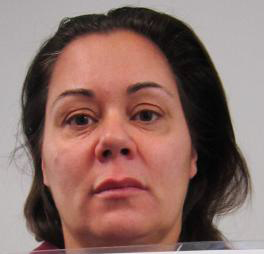 Richard Walsh, Surrey County Council’s Cabinet Member for Localities and Community Wellbeing, said: ‘Saunders was a prolific rogue trader who targeted elderly people and cruelly conned them out of large sums of money.

‘This sentence sends a powerful message that rogue traders who charge exorbitant sums for poor quality work or no work at all will be tracked down by our trading standards teams and brought to justice.’

Saunders and Roberts now face a hearing under the Proceeds of Crime Act where trading standards officers will seek to force them to return funds to their victims.

Ben Meredith, prosecuting on behalf of Buckinghamshire and Surrey Trading Standards, said the trader placed adverts in local Surrey media including church and parish magazines, leading victims to believe they were dealing with a trustworthy business.

Saunders would begin by quoting a reasonable price for repairs but once work had started, would quickly claim further work was needed at significant extra cost, he said.

The trader would insist on substantial upfront payments, often at a stage when the roof was open to the elements.

He also used emotional pressure, saying for example that he was ill or that he needed to pay others to enable them to eat.

The proceeds of his crimes were laundered through bank accounts held by himself and Rachel Roberts. They simultaneously held at least 33 accounts between them.

Surveyors who assessed repairs carried out by Saunders found the sums he charged to be manifestly excessive for the work actually done, which was a poor standard if completed at all.

In mitigation for Saunders, James Harrison said he was suffering from depression, he had lost his family home and his relationship with his family had broken down.

In mitigation for Roberts, James Lachkovic said she had played a lesser role and had been influenced by Saunders.

‘This case cruelly highlights the tip of an iceberg. We know that many residents don’t come forward, don’t tell family friends or neighbours. That may be through fear, embarrassment, or simply sometimes because they don’t know they have been conned and deceived in this way. By working in partnership with others we want to raise awareness of this problem and to stop such callous criminal rogue traders ruining lives.’

Patricia Inman tells how the experience affected her

Patricia Inman, of Cranleigh, contacted Saunders about her roof and chimney after seeing an advert in a parish magazine but ended up being cheated out of £8,700.

Here she tells how the experience affected her:

‘I was used as a kind of human ATM’: Victim of rogue trader James Saunders warns others 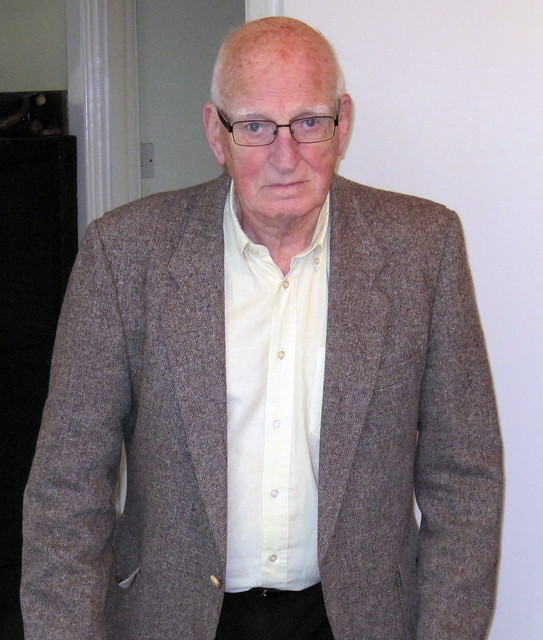 John Eden – one of Saunders’ victims

John Eden, an 89-year-old widower whose arthritis has left him with limited mobility, was conned out of £42,380 over a two-year period.

He first contacted Saunders in 2010 after seeing an advert in a local trades directory, where a write-up claimed the roofer was ‘very polite and reliable’ and could be recommended for his ‘workmanship’.

By 2012, Mr Eden, a war veteran, had come to realise nothing could have been further from the truth and that Saunders had simply used him ‘as a kind of human ATM’.

Mr Eden initially hired Saunders to repair a leaking porch at his home near Guildford but the trader soon claimed to have found major problems with the roof.

This led to Mr Eden paying Saunders £16,000 in several instalments.

About two years later, Saunders dropped in on Mr Eden, saying he was ‘in the area’ and had noticed some roof tiles had slipped.

He went on to claim that further extensive work was needed on the roof and also that it needed stabilising from the inside with pieces of wood he called ‘noggings’.

Concerned about the state of his roof and unable to check on the builder’s progress due to his lack of mobility, Mr Eden paid him a further £31,480 in various instalments in 2012.

Saunders returned in October 2012 asking for another £950 but by then Mr Eden’s worried family had contacted Surrey County Council’s trading standards which launched an investigation and advised him to stop payments immediately.

Surveyors who inspected the roof concluded that the fees charged by Saunders were extortionate and that work such as inserting ‘noggings’ was unnecessary. The roofer admitted overcharging Mr Eden £42,630, of which he received £42,380.

Mr Eden, who has four children and six grandchildren, told how Saunders was ‘plausible and affable’ and appeared to complete some initial work.

‘Unless you’re in the business you don’t know what is the right sort of price for a job, you’ve more or less got to take their word for it,’ he said.

‘I couldn’t climb up a ladder to look at what they’d done.

‘I have come to realise too late that I have been used just as a kind of human ATM by Mr Saunders.’

He went on: ‘I would say to someone looking for a trader two things, to try to use somebody who has been recommended to you by somebody you know and the other thing is to get more than one person to quote on the job.’

Mr Eden’s daughter, Nicola Hardy, said: ‘He made dad concerned about the whole infrastructure of the roof when in fact it’s as dry as a bone. He got overdrawn for the first time in his life because all his available cash had been used up.

‘Dad hadn’t been sleeping well and it was only when my husband John had phoned trading standards and they had called him back, he felt as if a weight had been lifted because now somebody else was taking control.’

Like Loading...
« Call for greater powers for the South East goes to government
Fish weirs, Doctor Who and Fort Knox – things you didn’t know about Magna Carta »