Call for Surrey to share in Budget roads bonanza 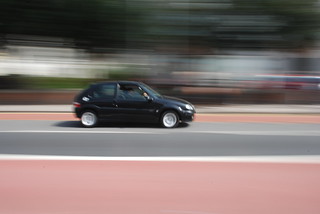 Surrey is calling on the Government to act so the county sees the benefit from a new dedicated roads fund announced in George Osborne’s latest Budget.

Fears were raised that more than 3,300 miles managed by the county will miss out on the fund from Vehicle Excise Duty despite Surrey drivers contributing more than £100m* through the tax every year and only around £20m coming back to the county council to manage its roads network. The council believes this figure needs to double if it is going to be able to maintain and improve Surrey’s roads and sees the new fund as a solution.

But the small print of the Budget indicates that the new fund will only be spent on motorways and major A roads managed by Highways England, despite them accounting for just 100 miles of road in the county. This means most of the roads Surrey residents and businesses use every day won’t see any benefits, even though there are significantly more miles driven on them than those earmarked for the cash.

John Furey, Cabinet Member for Highways, said: “If this isn’t changed it will mean that more than 3,300 miles of roads in Surrey won’t see an extra penny from this fund despite local drivers already contributing around £80m more every year in Vehicle Excise Duty than they ever get back in funding for the county’s roads – the people of Surrey deserve better.

“Government funding for our roads is dropping by about £1m annually despite the number of miles driven on them every year rising by 100 million since 2010. So far we’ve managed to cover this with savings – while also working on a five year programme to completely resurface 300 miles of road most in need of repair – but this can’t go on.”

The council has previously called for the Government to change its funding formula to recognise road usage rather than simply how many miles of road a council manages. While other parts of the country have more miles of road than Surrey, the county has one of the busiest networks outside London.

* Calculated by multiplying Department for Transport figures for total number of vehicles registered in Surrey for 2014 (763,856) by the average Vehicle Excise Duty charged per annum according to the Chancellor’s Budget speech.

In the video below Cabinet Member for Highways John Furey sets out Surrey’s case.