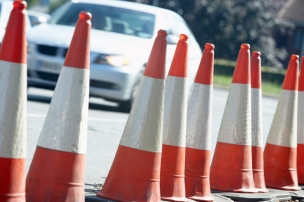 Surrey County Council has written to the Government’s Roads Minister calling for action to prevent the county’s roads missing out on a new highways fund.

John Furey, Surrey’s Cabinet Member for Highways, wrote to Andrew Jones MP after the county revealed a new dedicated roads fund was not set to be spent on any of the 3,300 miles of road managed by the county.

The new fund from Vehicle Excise Duty was announced by the Chancellor in his latest Budget but the small print indicates the money will only be spent on motorways and major A roads managed by Highways England, despite them only accounting for 100 miles of road in the county.

Mr Furey said: “With the county’s drivers contributing £100m in Vehicle Excise Duty every year and only getting £20m back to invest in our roads it’s vital the minister takes action to ensure this new fund doesn’t bypass Surrey.”

“Given Surrey’s contribution to the UK economy and the fact that Government funding for our roads is dropping by about £1m every year, my letter makes clear that a failure to change this proposal would not only let down Surrey residents and businesses but also threaten the financial recovery nationwide.”

You can download a copy of John Furey’s letter here.