Surrey rogue trader and money launderer son ordered to pay back more than £250,000 to scam victims 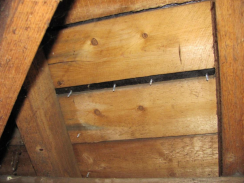 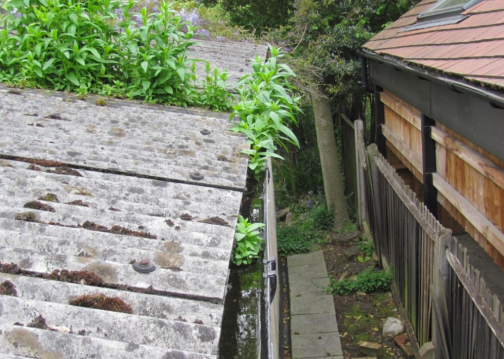 A Surrey rogue trader and his money launderer son have been ordered to return more than £250,000 to elderly residents who were charged extortionate sums for shoddy roofing and building work.

Buckinghamshire and Surrey Trading Standards took John Green Senior and John Green Junior to court to recover as much as possible from the proceeds of a spate of frauds across the south east which raked in more than £2million over three years.

John Green Senior, 51, of Horton Road, Staines, was handed a four-year jail sentence last year for crimes which included charging a Watford resident £83,850 for home improvement work later valued at £14,000. John Green Junior, 27, of Sutton Lane, Slough, who laundered cash from the business, was given a suspended prison sentence and ordered to carry out unpaid work.

At Guildford Crown Court on 25 October, Judge Jonathan Black imposed a confiscation order on all John Green Senior’s assets which are worth £213,180. He must hand over the sum within three months or see two-and-a-half years added to his jail sentence with the money still owing. He was found to have benefited from his crimes to the tune of £1,281,146.

John Green Junior was ordered to hand over his available assets of £45,000 after criminal activity was found to have benefited him £212,013. He must pay within three months or face 18 months in jail.

It means the Greens must pay £258,180 between them which will be handed in compensation to residents they ripped off between 2010 and 2013 in Surrey, Hampton and Hertfordshire, many of whom are elderly and vulnerable. Victims include a Hertfordshire couple who were charged £22,000 for work on their roof valued at £850 and a Guildford man who was charged £25,700 for work considered by surveyors to be worth nothing and largely unnecessary. He refused to hand over any money but had to pay nearly £10,000 to another contractor to return his roof to a proper state.

A third culprit, George Roy, 56, of Burton Way, Windsor, who was jailed for 21 months last year for his part in the scam, was found to have benefited to the tune of £594,265 but had no assets to his name.

Judge Black also imposed criminal behaviour orders banning John Green Senior and George Roy from cold-calling homes or delivering leaflets anywhere in the country to offer services of any kind. This applies for three years from the date of their release from prison.

Denise Turner-Stewart, Surrey County Council’s Cabinet Member for Communities, said: “Elderly and vulnerable residents were swindled by doorstep con artists who charged hugely inflated prices for work that was largely unnecessary and badly done and I’m pleased their victims will now get at least some of their money back. Our trading standards officers carried out a painstaking financial investigation to ensure that as much as possible of these ill-gotten gains could be recovered for those who were callously defrauded.”