Surrey train services among most overcrowded 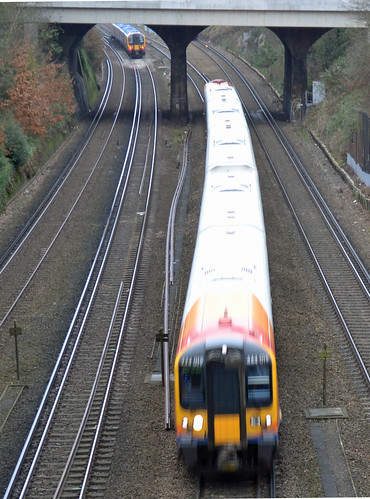 Following today’s news that four Surrey train services are among the most overcrowded in England and Wales, Surrey County Council Cabinet Member for Planning Mike Goodman said: “It’s a terrible feeling when a train pulls in already chock full and passengers have to pack in like sardines.

“Such overcrowding makes Crossrail 2 vital. Not only will the planned railway reduce overcrowding and boost capacity, it will also ensure Surrey and London’s economies continue to go from strength to strength and that’s why we’re examining the possibility of stretching the route further into the county.

“With Surrey contributing £35 billion to the UK economy annually and 20% more commuters catching the train to Waterloo within 20 years, it’s essential we do everything possible to ensure the county’s rail network meets passenger demand.”

The council expects to publish its Crossrail 2 study within months. If the project gets government approval, services could be running by 2030.

A press release about the most overcrowded trains can be found on the Department for Transport website.

They include two services from Woking to Waterloo and one from Caterham to Victoria. Another service between Brighton and Bedford serves Redhill.