£300 million – the cost of fixing all Surrey’s roads 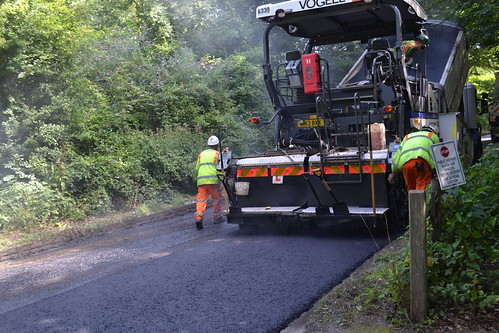 That is the amount needed to get the whole of the county’s network into a good condition like the roads overhauled in the council’s Operation Horizon project.

It is on top of the 300 miles of roads being overhauled in the Horizon initiative, which also come with a 10-year repairs warranty.

The news came as the council repeated its call for Surrey to benefit from the new roads fund from Vehicle Excise Duty after the small print of the last Budget indicated it will only be spent on motorways and major A roads managed by Highways England.

They cover just 100 miles in Surrey while the 3,300 miles of roads overseen by the council will not get an extra penny despite the number of miles driven on them every year rising by 100 million since 2010.

John Furey, Surrey County Council’s Cabinet Member for Highways, said: “While we’d love to wave a magic wand and make all our roads as smooth as Silverstone overnight, it’s just not possible.

“Operation Horizon is doing a good job of providing more than 300 miles of better, longer-lasting surfaces that come with a 10-year guarantee.

“But given that the number of miles driven on our network has risen enormously and local drivers contribute £100m in Vehicle Excise Duty every year while only getting £20m back to invest in roads it only seems right that they get a better deal.”

Below is a timelapse video of a road being reconstructed under the Operation Horizon scheme.