Roofer who conned elderly Surrey residents out of more than £100,000 must pay back every penny

A serial rogue trader serving a three-year jail sentence for fleecing elderly customers has been ordered to repay his victims in full.

James Saunders, 51, charged extortionate sums for shoddy repairs to roofs and drains and used the proceeds to fund a lavish lifestyle which included luxury cars, holidays and designer clothes.

Victims included an 89-year-old war veteran who was cheated out of more than £42,000 making him overdrawn for the first time in his life.

Saunders was jailed in June after admitting running a fraudulent business over a six-year period while his former wife Rachel Roberts was given a 21-month jail sentence for laundering the proceeds of crime and stealing two BMWs.

Both Saunders and Roberts returned to Guildford Crown Court this month for a Proceeds of Crime Act hearing to recover money conned from victims.

The court heard that the total value of criminal benefit to Saunders was £690,000 while Roberts benefited to the tune of £660,000. Some £505,000 was considered to have been jointly obtained.

After hearing that Saunders and Roberts held £246,000 in assets between them, including equity in the marital home, the judge made a confiscation order demanding they repay it.

Of that sum, £114,000 will be handed straight to victims to cover not only the overpayments made but also the cost of putting right the shoddy work carried out by Saunders.

Nine customers had been overcharged for substandard work while a tenth was quoted a reasonable price but had to pay another trader to rectify mistakes by Saunders.

Saunders was given a March deadline to hand over his share of assets or face a further eight months in jail and still owe the sum.

Roberts, who is the named owner of the marital home, must pay by the same date or face a further 27 months in jail, while still owing the money. 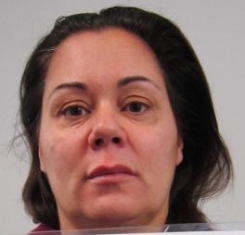 Richard Walsh, Surrey County Council’s Cabinet Member for Localities and Community Wellbeing, said: ‘Saunders lined his pockets at the expense of elderly customers he cruelly conned and now he’s going to pay for those crimes.

‘I’m pleased that people who were scammed by this serial rogue trader will be given every penny back thanks to thorough and dogged investigations by our trading standards team.’

Saunders, who traded under names such as ‘Roofcare Property Maintenance’, ‘Drain Care’ and ‘The Roofing Company’, would begin by quoting a reasonable price for repairs but once work had started, would quickly claim further work was needed at significant extra cost.

Roberts, previously of Blacksmith Lane, Chilworth and now living in Lower Sandhurst Road, Finchampstead, Berkshire had pleaded guilty at an earlier hearing to one count of laundering the proceeds of crime, amounting to £60,000, and was also found guilty after a trial of two counts of theft relating to two BMW cars.