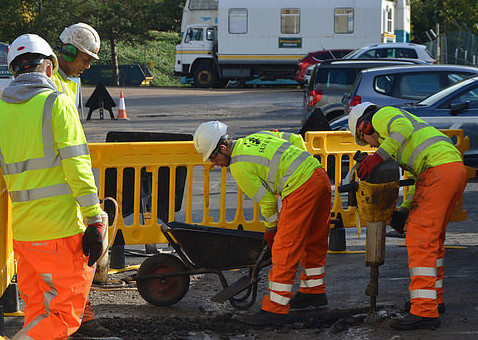 A trial scheme to arm vulnerable young people with the skills to launch a highways career proved so successful that all six have been asked to apply for apprenticeships or jobs.

Among those successfully completing the course, which included training on machinery and team building exercises, were people classed as NEET – not in employment, education or training – and others with a learning disability or at risk of committing crime.

Their efforts at Brooklands Museum were so impressive that they have been encouraged to apply for roles with Kier, one of its suppliers or Surrey County Council.

The initiative was launched by the county council and its highways contractor Kier as part of their approach to addressing a skills shortage that also includes plans to train their own workforce.

They now plan to consider ways to build on the scheme and then roll it out from early spring next year.

In the video below, teenager Alfie Williams, who lives near Egham, explains why he participated.