A spokesman for Surrey Fire and Rescue Service said: “We have been going through the painstaking process of trying to salvage all that we can from the historic building. Structural assessments are taking place to ensure the building is completely safe for the investigators to enter and while the forensic investigation into the cause of the fire is well underway, this will take quite a few weeks due to the complexity of this unfortunate incident.”

A spokesman for Surrey Fire and Rescue Service said: “The investigation into the cause of the fire is ongoing but due to the complexity of the incident this will take some time to complete. Guildford Borough Council and the National Trust are carrying out structural assessments to decide on the future of Clandon Park House while artefacts rescued from the building have been stored away safely.” 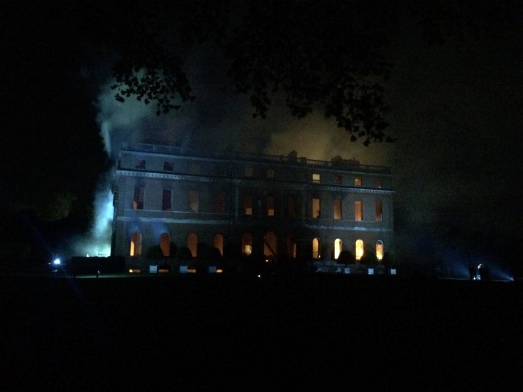 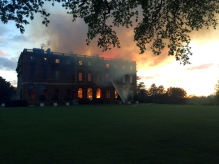 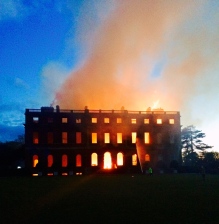 A spokesman for Surrey Fire and Rescue Service said: “The fire at Clandon Park is now out by unfortunately this historic building has been severely damaged. Firefighters fought incredibly hard in difficult circumstances to save historic paintings and Regimental Colours that were in the burning building while our registrars are also working to try and accommodate any couples that were due to get married at the venue.

“An investigation will now take place to establish the cause of the blaze.”

A spokesman for Surrey Fire and Rescue Service said: “Fire crews are still tackling the Clandon Park blaze but the operation is now being scaled back now – Around 30 firefighters, six engines including an aerial ladder platform and a high volume pump remain on the scene.

“Most of the inside of Clandon Park has been destroyed by the blaze but firefighters and staff from the National Trust have managed to save some paintings and historic furniture from inside.”

A spokesman for Surrey Fire and Rescue Service said: “This afternoon at 4.09pm we were called to a fire at Clandon Park, West Clandon, Surrey, a stately home owned and managed by the National Trust.

“On arrival, firefighters were faced with a significant fire throughout the building which is believed to have started in the basement and quickly spread to the roof.

“Everyone was evacuated from the building and there are no reports of injuries.”

“Firefighters from Surrey, West Sussex and Hampshire are now tackling the blaze as well as seeking to save artefacts from the property as part of a multi-agency response including the National Trust and police. In total, sixteen fire engines, including two aerial ladder platforms, a number of water carriers and specialist appliances have been at the scene.

“The operation is expected to continue throughout the evening, with fire investigation officers on scene looking to establish the cause.” 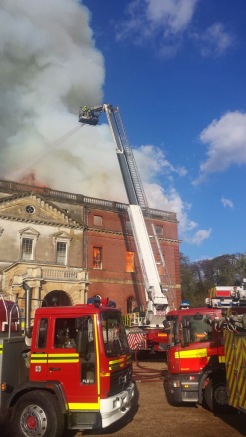 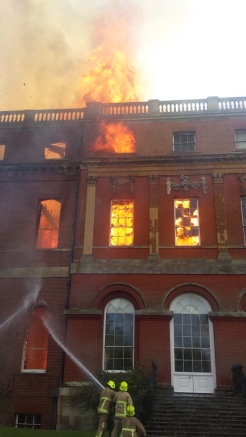 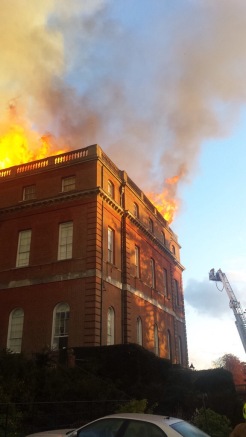 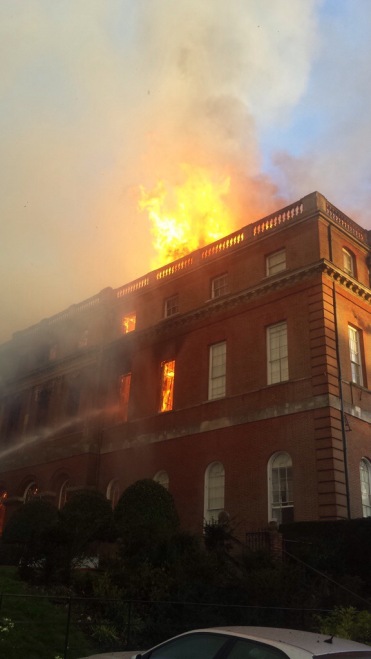 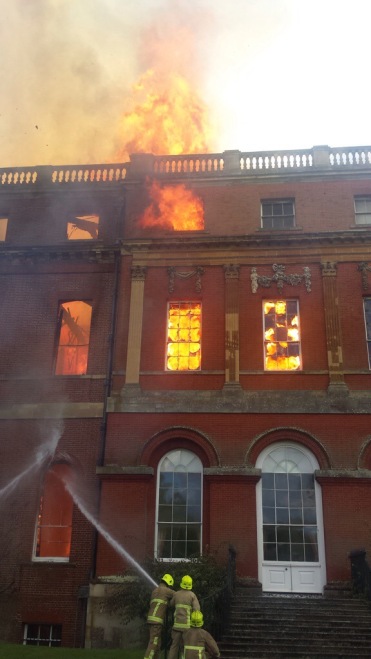